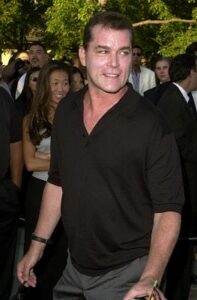 Redneck gun-runner at war with Mexican arms dealers, as well as the revenue agents on account of his moonshining hobby. Tommy is the main character. Click here to find out more.

Played by Gary Busey (FBI detective from Point Break, and Private investigator from The Firm.)

Played by Lawrence Taylor (former Linebacker for the NY Giants.)

Played by Bill Fichtner (American Actor who is best known for his roles in TV series such as Prison Break.)

Other in-game characters include:

A “cultural attache” (read: generic fixer, likely bribable) at the San Dominican consulate, associate of Colonel Juan Garcia Cortez. We’re not sure where San Dominica is, but it’s probably somewhere near Wakanda or Latveria.

Transvestite mafioso associate of the Liberty City families, about to go down in court for a long prison stretch. As such, he is most likely not long for this world.

May or may not be running money-laundering and assassination business as a sideline to his day job as commandant of Kamp Krusty.

Unfortunate kleptomaniac associated with Cassidy, due for a long prison term thanks to his uncontrollable theft habit (he was caught running down the street with a largish safe in his arms).

This is a measure of the number of gunshots that are required to kill each character: